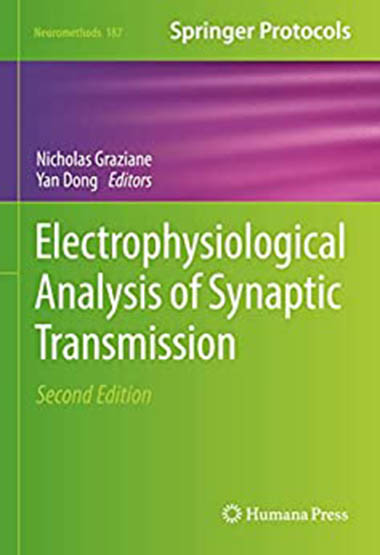 This second edition volume expands on the previous edition with discussions on the latest techniques used to study synaptic transmissions. The chapters in this book are organized into six parts. Part One looks at the basic concepts, such as extracellular and intracellular recordings, and spatiotemporal effects of synaptic currents. Part Two describes the recording of synaptic currents, such as measuring kinetics of synaptic current and measuring reversal potentials. Part Three discusses basic experimentations of synaptic transmission and covers run-up and run-down, and amplitude. Parts Four and Five cover experimentations with computational components and molecular and visual components, such as measurement of a single synapse and electrophysiological and visual tags. Part Six explores in vivo recordings and talks about general considerations for in vivo exploration of synaptic plasticity. In the Neuromethods series style, chapters include the kind of detail and key advice from the specialists needed to get successful results in your laboratory.