500 Poses for Photographing Women: A Visual Sourcebook for Portrait Photographers / by Michelle Perkins (Author). Next to lighting, posing is the most challenging aspect of photography

END_OF_DOCUMENT_TOKEN_TO_BE_REPLACED

20 Essential photo-editing, Retouching Techniques, Juan Zambroo, Professional products shots, Cinematic Retouching, Cross-process your photos, Creative lighting effects and more…
Packed with essential tutorials and features, this book will help you take your digital creations to the next level. Including all the new tools in CS6 and step-by-step guides on how to edit and transform your images, you’ll be creating wondrous works of art in no time at all more…

END_OF_DOCUMENT_TOKEN_TO_BE_REPLACED

Boundless Upgrade Your Brain, Optimize Your Body and Defy Aging

What if the ability to look, feel, and perform at peak capacity wasn’t the stuff of lore but instead was within easy reach? In a perfect world, you would be able to have it all: complete optimization of mind, body, and spirit. In Boundless, the New York Times bestselling author of Beyond Training and health and fitness leader Ben Greenfield offers a first-of-its-kind blueprint for total human optimization.

END_OF_DOCUMENT_TOKEN_TO_BE_REPLACED

Desmond Bagley was a British journalist and novelist principally known for a series of best-selling thrillers. Along with fellow British writers such as Hammond Innes and Alistair MacLean, Bagley established the basic conventions of the genre: a tough, resourceful, but essentially ordinary hero pitted against villains determined to sow destruction and chaos in order to advance their agenda.

END_OF_DOCUMENT_TOKEN_TO_BE_REPLACED

Donald J. Trump A President Like No Other AudioBook and eBook

Conrad Black, bestselling author of Franklin Delano Roosevelt: Champion of Freedom and Richard M. Nixon: A Life in Full, turns his attention to his “friend” President Donald J. Trump and provides the most intriguing and significant analysis yet of Trump’s political rise. Ambitious in intellectual scope, contrarian in many of its opinions, and admirably concise, this is surely set to be one of the most provocative political books you are likely to read this year.

END_OF_DOCUMENT_TOKEN_TO_BE_REPLACED

101 Short Cuts in Maths Any One Can Do

101 Short Cuts in Math Anyone Can Do will unlock the secrets of the art of calculation. It will increase your power of computation and thereby enable you to get more out of the mathematic you now know. You will soon be amazed at your ability to solve once complex problems quickly.

END_OF_DOCUMENT_TOKEN_TO_BE_REPLACED

Praised as one of the most influential pitmasters in the U.S., self-taught barbecue legend Aaron Franklin has come a long way from the backyard cookouts where he started. Now he has fans across the country, including Jimmy Kimmel and President Barack Obama. In 2015, he won the James Beard Foundation Award for Best Chef: Southwest. His Austin, Texas, restaurant Franklin Barbecue was named Bon Appétit Magazine’s Best Barbecue Joint in America, and people stand in line for hours each day to enjoy his mouth-watering smoked brisket.

END_OF_DOCUMENT_TOKEN_TO_BE_REPLACED

Dinesh D’Souza, author of the #1 New York Times bestseller America: Imagine a World Without Her, has a warning: We are on the brink of losing our country forever. After eight years of Obama, four years-or possibly eight years-of Hillary Clinton as president of the United States would so utterly transform America as to make it unrecognizable.

END_OF_DOCUMENT_TOKEN_TO_BE_REPLACED

The Direction of War – Contemporary Strategy in Historical Perspective

The wars since 9/11, both in Iraq and Afghanistan, have generated frustration and an increasing sense of failure in the West. Much of the blame has been attributed to poor strategy. In both the United States and the United Kingdom, public enquiries and defence think tanks have detected a lack of consistent direction, of effective communication, and of governmental coordination. In this important book, Sir Hew Strachan, one of the world’s leading military historians, reveals how these failures resulted from a fundamental misreading and misapplication of strategy itself. He argues that the wars since 2001 have not in reality been as ‘new’ as has been widely assumed and that we need to adopt a more historical approach to contemporary strategy in order to identify what is really changing in how we wage war. If war is to fulfil the aims of policy, then we need first to understand war.

END_OF_DOCUMENT_TOKEN_TO_BE_REPLACED

Live to Eat Cooking the Mediterranean Way by Michael Psilakis

The acclaimed chef and author of How to Roast a Lamb offers a simple strategy for healthy cooking, highlighting the ease, deliciousness, and proven benefits of the Mediterranean diet.

END_OF_DOCUMENT_TOKEN_TO_BE_REPLACED

With more than 10 million copies sold in 28 countries, the world’s most popular job-search book is updated for 2019, tailoring Richard Bolles’s long-trusted guidance with up-to-the-minute information and advice for today’s job-hunters and career-changers.

END_OF_DOCUMENT_TOKEN_TO_BE_REPLACED 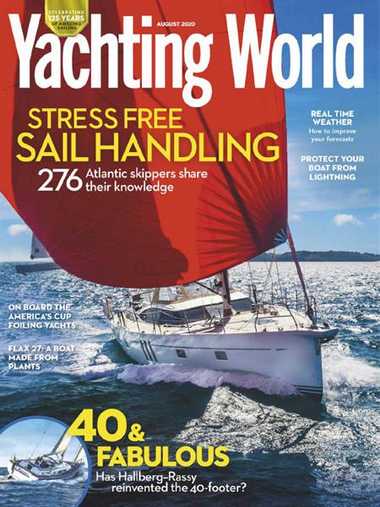