The Umbrella Corporation’s deadly T-virus continues to ravage the Earth, transforming the global population into legions of the flesh eating Undead. The human race’s last and only hope, Alice, awakens in the heart of Umbrella’s most clandestine operations facility and unveils more of her mysterious past as she delves further into the complex.

END_OF_DOCUMENT_TOKEN_TO_BE_REPLACED

Twenty years after the original The Lovers’ Guide exploded into the lives of the UK public, the ground-breaking guide is back with another no-holds-barred exploration of the pleasures of love-making.

To mark the anniversary of the series that has brought adult sex advice firmly into the mainstream, the latest instalment has been created using cutting edge 3D technology as the next stop in the sexual revolution. Here the audience is engaged with a never-before-seen sense of intimacy and massively richer viewpoint.

END_OF_DOCUMENT_TOKEN_TO_BE_REPLACED

To free Baba Yaga and Renfield from the clutches of Monster Hunter Mila Starr, the Wishbone Family once more transforms into a Vampire, Frankenstein’s Monster, a Mummy and a Werewolf. Aided and abetted by their three pet bats, our Monster Family zooms around the world again to save their friends, make new monstrous acquaintances and finally come to the realization that ‘Nobody’s Perfect’ – even those with flaws can find happiness.

END_OF_DOCUMENT_TOKEN_TO_BE_REPLACED 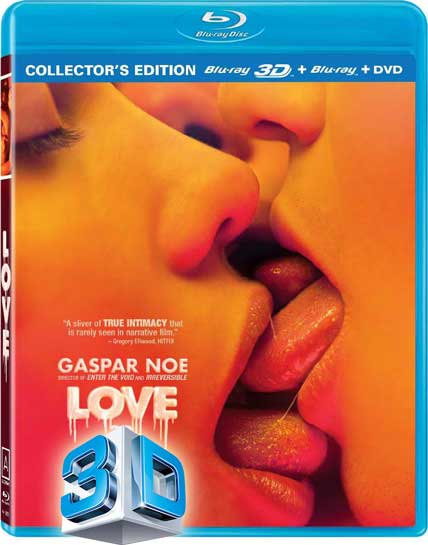 Murphy is an American living in Paris who enters a highly sexually and emotionally charged relationship with the unstable Electra. Unaware of the effect it will have on their relationship, they invite their pretty neighbor into their bed.

END_OF_DOCUMENT_TOKEN_TO_BE_REPLACED

All looks lost for the Rebellion against the Empire as they learn of the existence of a new super weapon, the Death Star. Once a possible weakness in its construction is uncovered, the Rebel Alliance must set out on a desperate mission to steal the plans for the Death Star. The future of the entire galaxy now rests upon its success.

END_OF_DOCUMENT_TOKEN_TO_BE_REPLACED

A young Carl Fredrickson meets a young adventure-spirited girl named Ellie. They both dream of going to a lost land in South America. 70 years later, Ellie has died. Carl remembers the promise he made to her. Then, when he inadvertently hits a construction worker, he is forced to go to a retirement home. But before they can take him, he and his house fly away. However, he has a stowaway aboard: an 8-year-old boy named Russell, who’s trying to get an Assisting the Elderly badge. Together, they embark on an adventure, where they encounter talking dogs, an evil villain and a rare bird named Kevin.

END_OF_DOCUMENT_TOKEN_TO_BE_REPLACED 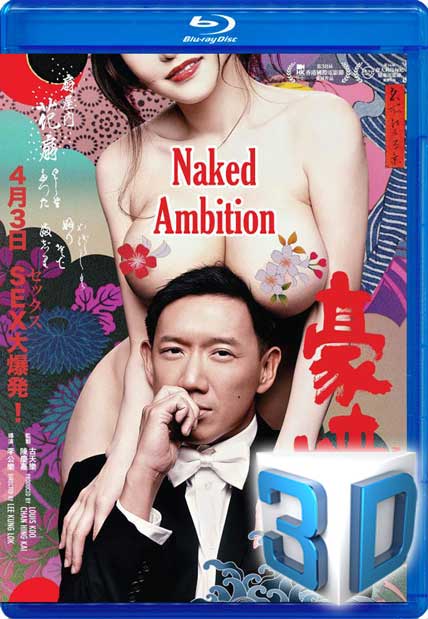 Someone once told this writer that the 3D medium was made for the pornographic genre, and perhaps that’s what Chan Hing-ka made in mind when he decided to make this loose sequel to his 2003 comedy of the same time sans the two characters at the front. Yes indeed, in case there was any doubt, this parody of the Japanese AV industry is offered in glorious 3D, attempting of course to replicate the same kind of bashful pleasure which its predecessors ’3D Sex and Zen: Extreme Ecstasy’ and ’3D Due West: Our Sex Journey’ promised.

END_OF_DOCUMENT_TOKEN_TO_BE_REPLACED

Caesar and his apes are forced into a deadly conflict with an army of humans led by a ruthless Colonel. After the apes suffer unimaginable losses, Caesar wrestles with his darker instincts and begins his own mythic quest to avenge his kind. As the journey finally brings them face to face, Caesar and the Colonel are pitted against each other in an epic battle that will determine the fate of both their species and the future of the planet.

END_OF_DOCUMENT_TOKEN_TO_BE_REPLACED

The Turtles continue to live in the shadows and no one knows they were the ones who took down Shredder. And Vernon is the one everyone thinks is the one who took Shredder down. April O’Neill does some snooping and learns a scientist named, Baxter Stockman is working for Shredder. He plans to break him out while he’s being transported. April tells the turtles who try to stop it but can’t. Stockman tries to teleport Shredder but he some how ends up in another dimension and meets a warlord named Krang who instructs Shredder to assemble a teleportation device he sent to Earth a long time ago.

END_OF_DOCUMENT_TOKEN_TO_BE_REPLACED

Starship One – the most powerful warship in the Federation, capable of destroying entire worlds. When the order is given to destroy the Earth, Flight Lieutenant John Worthy mutineers Starship One and takes on the might of the Federation.

END_OF_DOCUMENT_TOKEN_TO_BE_REPLACED

After its victory over Leonidas’ 300, the Persian Army under the command of Xerxes marches towards the major Greek city-states. The Democratic city of Athens, first on the path of Xerxes’ army, bases its strength on its fleet, led by admiral Themistocles. Themistocles is forced to an unwilling alliance with the traditional rival of Athens, oligarchic Sparta whose might lies with its superior infantry troops. But Xerxes still reigns supreme in numbers over sea and land.

END_OF_DOCUMENT_TOKEN_TO_BE_REPLACED

This absolutely beautiful documentary on our World, its mystical beauty and miracles including slow motion footage of nature, animals, seasons, new life and daily beauties I’ve never seen nor imagined existed. The photography is sensational. The animal behaviour shown is incredible, beautiful and humorous. Never been a fan of nature documentaries, this blew me away.