A man is hypnotized at a party by his sister-in law. He soon has visions and dreams of a ghost of a girl. Trying to avoid this, nearly pushes him to brink of insanity as the ghost wants something from him – to find out how she died. The only way he can get his life back is finding out the truth behind her death. The more he digs, the more he lets her in, the shocking truth behind her death puts his whole family in danger.

END_OF_DOCUMENT_TOKEN_TO_BE_REPLACED

When Alita awakens with no memory of who she is in a future world she does not recognize, she is taken in by Ido, a compassionate doctor who realizes that somewhere in this abandoned cyborg shell is the heart and soul of a young woman with an extraordinary past.

END_OF_DOCUMENT_TOKEN_TO_BE_REPLACED

Siblings Marilla (Sara Botsford) and Matthew Cuthbert (Martin Sheen) are looking to adopt a boy to help out on their PEI farm. They are shocked to be given the talkative, precocious orphan Anne Shirley (Ella Ballentine). Marilla tries to send her back. Anne is haunted by abuses at the orphanage and unstable homes. A retelling of L.M. Montgomery’s story of Anne Shirley, an orphan who is accidentally sent to a couple looking to adopt a boy instead…

END_OF_DOCUMENT_TOKEN_TO_BE_REPLACED

It’s the Depression, and everyone needs to hold onto a dream to get them through the bad times. Car maker Charles Howard is no different, he who is trying to rebuild his life after the tragic death of his only child and the resulting end of his first marriage. With second wife Marcela at his side, Charles wants to get into horse racing and ends up with a team of underdogs who are also chasing their own dream.

END_OF_DOCUMENT_TOKEN_TO_BE_REPLACED

On July 5th, 1968, The Doors took to the stage of the Hollywood Bowl for a concert that has since passed into legend. The Doors were performing on the back of their 3rd album release Waiting For The Sun and the US No.1 single Hello, I Love You. They had been honing their live performances over the previous 2 years and were on absolute peak form.

END_OF_DOCUMENT_TOKEN_TO_BE_REPLACED

Bankruptcy forces William Ziel to return to the farm he inherited from his estranged father in an attempt to start a new life with his young, fragmented family. Lazarus, the farm hand who took care of William’s father Frederick in his lonely final hours, reappears soon after William, Sarah and adopted daughter Mary, arrive at Hemelop- Aarde. A supposed chance meeting between Mary and Lazarus develops into a bond between two kindred spirits. But Lazarus, the old soul who struggles to find peace in this place of sad memories, carries a dark secret that constantly haunts him: the demon child with its insatiable appetite for human souls that weighs so heavily in the sack he carries everywhere with him. Despite Sarah’s misgivings, this unfathomable character wins over William and Mary. At first, Sarah’s apprehension seems unfounded but, judging by the reaction of the local community to his return from wanderings afar, she may be right and the Ziels’ newfound domesticity could be at risk.

END_OF_DOCUMENT_TOKEN_TO_BE_REPLACED

When a D.E.A. and S.W.A.T. cartel takedown ends in a shootout, S.W.A.T. Agent Travis Hall (Jaeger) seizes a mysterious prisoner and takes him into custody. Before long, the S.W.A.T. compound is under siege by wave after wave of assault teams attempting to recover the prisoner known as “The Scorpion” for the tattoo emblazoned across his back. When Travis discovers that his prisoner is a black ops specialist with the goods on both U.S. intelligence agencies and international criminals, it’s up to Travis and the expert S.W.A.T. team to keep The Scorpion and his billion-dollar secrets safe.

END_OF_DOCUMENT_TOKEN_TO_BE_REPLACED

In 1967, on the way to the wedding of a friend a young man is accosted by a local gang member. Later, the three friends administer justice, in the process of which the gang member is killed, so they leave Hong Kong to avoid the police and the gang. They run black market supplies to Saigon and get embroiled in the war, being arrested as Viet Cong, then later captured by the Viet Cong, and find that their friendship is tested to the limits as they try to escape.

END_OF_DOCUMENT_TOKEN_TO_BE_REPLACED

Gangster Sonny is the big man in the Bronx neighborhood of an Italian small boy named Calogero. A shooting witnessed by the boy (nicknamed C) is the starting point of a lasting bond between the gangster and the boy. Father (bus driver Lorenzo), however, disapproves. C grows up under the wing of both men, torn between his own natural honesty and his fascination with Sonny. C’s neighborhood cronies get involved in theft, use of guns, and racial fights. When C falls for an African American girl, things don’t get any easier. C’s leap to manhood is marked by tragedy, but also by his recognition of the many faces of love.

END_OF_DOCUMENT_TOKEN_TO_BE_REPLACED 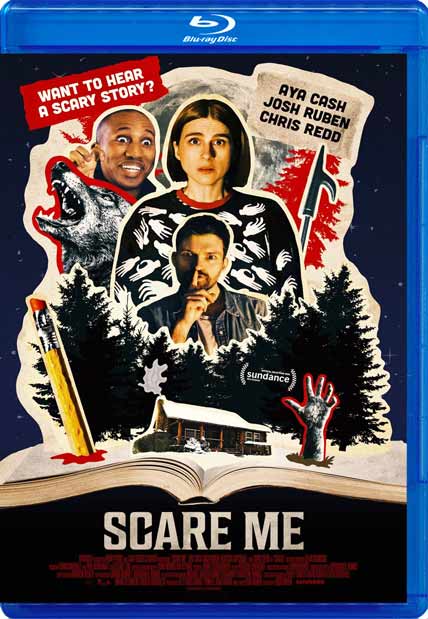 During a power outage, two strangers tell scary stories. The more Fred and Fanny commit to their tales, the more the stories come to life in their Catskills cabin. The horrors of reality manifest when Fred confronts his ultimate fear.

END_OF_DOCUMENT_TOKEN_TO_BE_REPLACED

Poppy and Branch discover that they are but one of six different Troll tribes scattered over six different lands devoted to six different kinds of music: Funk, Country, Techno, Classical, Pop and Rock. Their world is about to get a lot bigger and a whole lot louder. A member of hard-rock royalty, Queen Barb, aided by her father King Thrash, wants to destroy all other kinds of music to let rock reign supreme. With the fate of the world at stake, Poppy and Branch, along with their friends, set out to visit all the other lands to unify the Trolls in harmony against Barb, who’s looking to upstage them all.

END_OF_DOCUMENT_TOKEN_TO_BE_REPLACED

The People Under the Stairs is the story of a young boy (Fool) from the ghetto and takes place on his 13th birthday. In an attempted burglary (along with two others) of the home of his family’s evil landlords, he becomes trapped inside their large suburban house and discovers the secret of the “children” that the insane brother and sister have been “rearing” under the stairs.