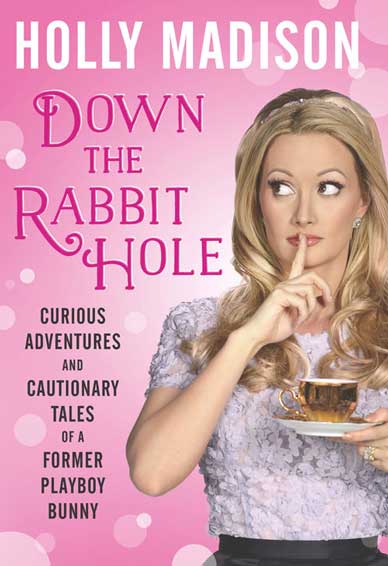 The shocking, never-before-told story of the bizarre world inside the legendary Playboy Mansion – and finally the secret truth about the man who holds the key – from one of the few people who truly knows: Hef’s former number-one girlfriend and star of The Girls Next Door.

A spontaneous decision at age 21 transformed small-town Oregon girl Holly Sue Cullen into Holly Madison, Hugh Hefner’s number-one girlfriend. But like Alice’s journey into Wonderland, after Holly plunged down the rabbit hole, what seemed like a fairy tale life inside the Playboy Mansion – including A-list celebrity parties and her own number-one-rated television show for four years – quickly devolved into an oppressive routine of strict rules, manipulation, and battles with ambitious, backstabbing bunnies. Life inside the notorious mansion wasn’t a dream at all – and quickly became her nightmare. After losing her identity, her sense of self-worth, and her hope for the future, Holly found herself sitting alone in a bathtub, contemplating suicide.

But instead of ending her life, Holly chose to take charge of it.

In this shockingly candid and surprisingly moving memoir, this thoughtful and introspective woman opens up about life inside the mansion, the drugs, the sex, the abuse, the infamous parties, and her real behind-the-scenes life with Bridget, Kendra, and, of course, Mr. Playboy himself.

With great courage Holly shares the details of her subsequent troubled relationship, landing her own successful television series, and the hard work of healing, including her turn on Dancing with the Stars. A cautionary tale and a celebration of personal empowerment, Down the Rabbit Hole reminds us of the importance of fighting for our dreams – and finding the life we deserve.